My mother in-law bought this milk which is so popular in their TV ad “helps fight osteoporosis”, she bought this milk not because she was convinced with their ad but it has a free Pedometer. The pedometer is already attached on the box of the milk and mom bought 3 boxes of it and gave one pedometer to me.

A pedometer is a step counter device that counts each step a person makes. It has now become popular since this is now used by many people as an everyday exerciser and motivator. A total of 10,000 steps per day (equivalent to 5 miles or 8 km) are recommended by some to be the benchmark for an active lifestyle, although this point is debated among experts.

As I was cleaning the house today, I remembered the pedometer mom gave me. So, I put it on my hips (as stated in the instruction given) and started walking and moving around the house, at the same time doing my cleaning stuff. As I was moving around the house, I realized that I haven’t done physical exercise for such a long time, and this made me more motivated to really pour out my energy … (naning kaau! lol) After a few minutes, I tried to check my pedometer and see how many steps I have completed. As I look at the pedometer I was really surprised… it has recorded only 8 steps.. Whaaaaat??? How come? What happened? … I asked my husband to check if there is any faulty on it…

After all the hard work today, I found out that the free pedometer is not working.
3 comments
0 FacebookTwitterPinterestEmail

I got this blogthing while I was reading ate Janet ‘s post. Here it is: What kind of puzzle am I?

What Kind of Puzzle Are You?

I love playing crosswords.. especially the easy ones..(lol) but when I encounter difficult clues I usually call my husband to help me…(lol). Playing crosswords online is one of our best bonding moments with my husband and my mother in-law. We helped each other and give compliments to whoever provides the correct answer.We usually stayed until midnight just to complete the set of puzzles for the day. Why don’t you try it.. it’s fun! 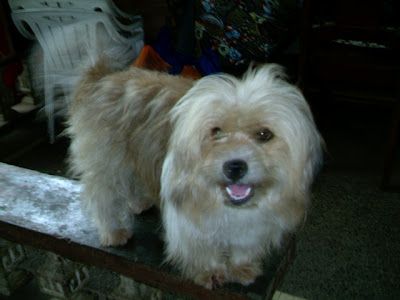 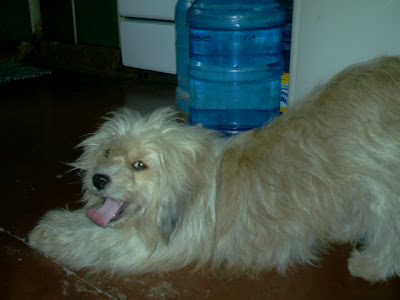 This is “Chocolate“. We were not the real owners of this dog, but we are the one who is taking care of him now since his real owners are busy with thier work. Most likely Choco is now ours.. sometimes his real owners Ken and Anna (my in-laws) just borrowed him for a day or a week. We were not quite really sure of his breed, but he is more likely to be a Havanese.
We have been busy last month since there were relatives who stayed in our house for quiet a long time.. and my husband and I realized that Choco has not taken a bath since we had visitors in the house. So, our weekend was spent in the house with our doggies.. giving them a bath. (I will mention the other dogs in my next post) Chocolate is so fresh now … Look at the pose.. I think he is proud that he is clean now.. (lol!)
5 comments
0 FacebookTwitterPinterestEmail